I live and breath creativity.

Say thanks for helping

Buy Me a Coffee

Editorial: I personally use Bitrise

You have most likely heard the term, maybe even encountered it. But what is dependency injection? Well the term sounds more mystical than it really is, let’s take a down to Earth look at it.

For my example I am going to use a simple application built in Swift that uses two views and two view controllers, I have already assigned the two viewControllers to each of the views. 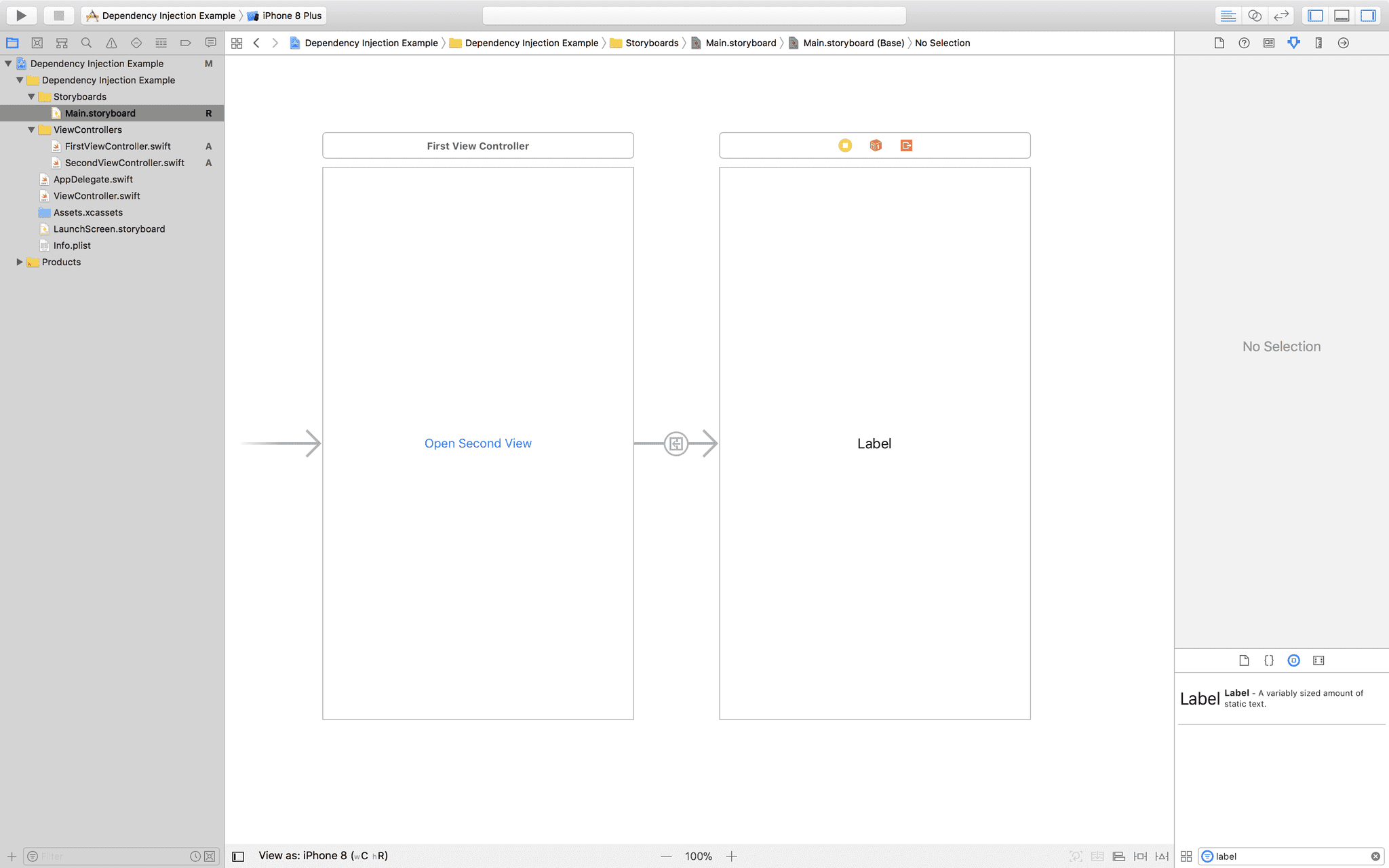 The first view has a button that loads the second view via a segue. This should be straight forward to understand. We simply perform the segue when the button is clicked. Now the second view has something a little different, there is a text label that will display something. To do that, we have an @IBOutlet connected to the text label, but where will that data come from? I have a property on the second view controller called theLabel that is of type string. We are going to inject a string into that when the segue is performed from the first view. Lastly there is one other thing to mention and that is in the viewDidLoad I assign the injected property to the @IBOutlet created for the text label. Here is the entire code for the second view controller

So let’s take a look at the injection part. We already know that the second view controller label field is dependent on a property called theLabel. All that remains is to inject that with something when we segue from the first view. So for that we are going to override prepare for segue with the following

Breaking it down, we create a new constant called destinationController and we say it is of type SecondViewController. That gives us access to the second view controllers properties. All that is left to do is assign a string to theLabel and that is it. Here is the complete code for the first view controller.

See! I told you it sounded more complicated that it really is. Dependency Injection is really a fancy name for sending anything that is required by the destination when you instantiate it. It can be as complicated or as simple as you need.

So why bother you ask? Well, this way the destination knows nothing about where it’s dependencies are coming from, and it shouldn’t! This means we can use the destination without ever having to link any code to something else.

For example, you could inject a logger instance which means you do not need to instantiate it every time you want to use it. It also means we can change the logger any time we want without having to revisit a bunch of code to make it work with the changes, the destination simply knows that that this ‘thing’ is the logger and it can use it without caring about the details of how it exists or where. It is also a way to make testing easier on the view.

You can download a working Xcode project from GitHub here.